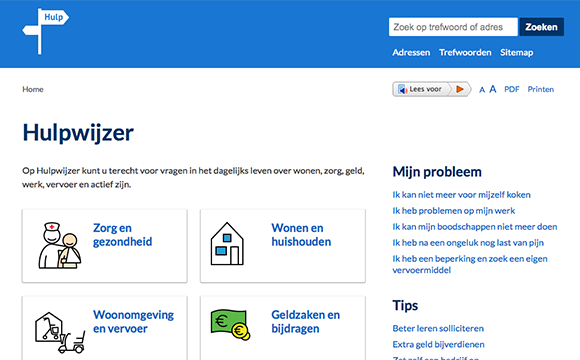 Winner of the Stichting ABC award in 2018, an award for organizations who help people that have trouble reading and writing.

VIND Hulpwijzer informs and advices citizens about topics around living, health, care, work, income and family matters. The product has a lot of focus on Accessibility. VIND Hulpwijzer informs residents how to deal with all sorts of situations and where to go if they have questions and how -sometimes very complicated- procedures work. It's a complete and userfriendly solution informing residents about (local) social policies.

The Hulpwijzer is a third iteration of an application which has been implemented in about a dozen municipalities.

I designed the the WCAG 2.0 AA compliant product and also wrote the HTML/CSS templates for production implementations. 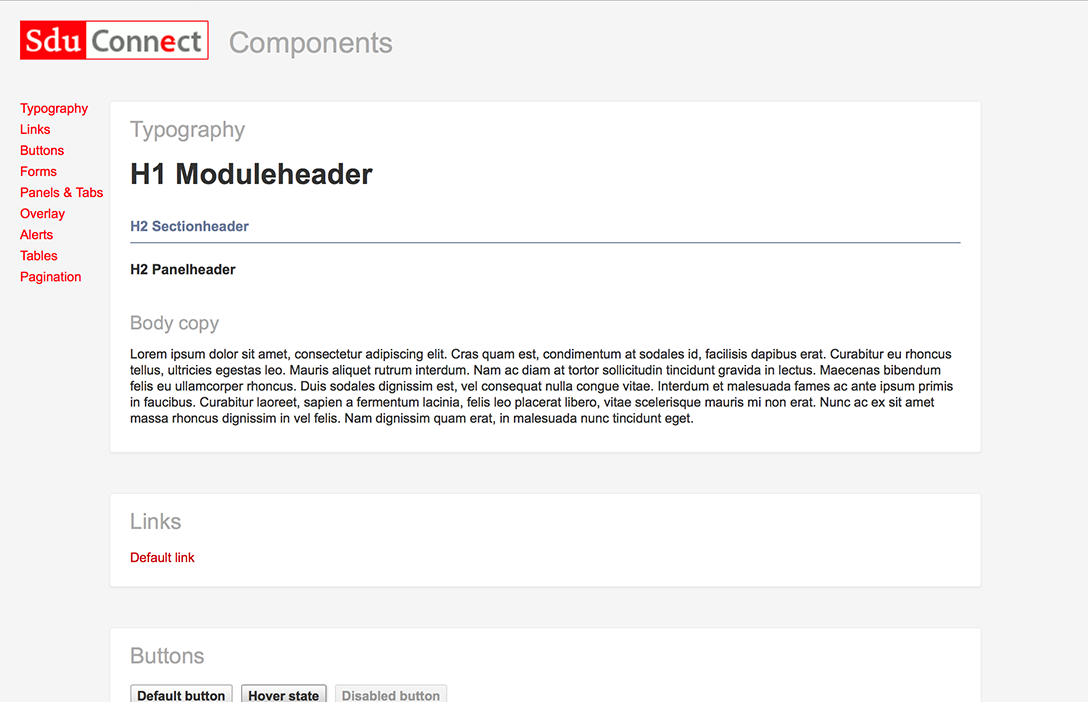 SduConnect is the Content Management System for various products and services of the VIND family. Customers (municipalities and provinces) buy for example a digital servicecounter and would then manage their content in SduConnect, but in most of the cases Sdu manages it for them. Some of the content is shared, while other content is localized. This really brings you to the core of content management and meant the design work often consists of understanding complex structures and constructs and translating that to a user friendly solution.

I designed various parts for the CMS and in a later stage made a HTML/CSS UI component library so developers could increase their velocity while respecting a uniform UI language. 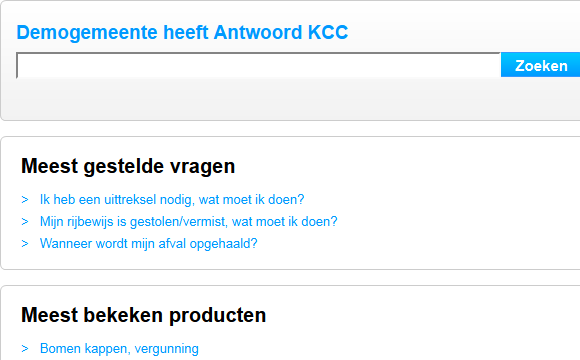 VIND Antwoord was a digital servicecounter which was implemented in the front- and backend of a municipal website. Users input their questions in a searchbox and get answers straight away. For example: "what does a passport cost?". The products and services of the municipality have all been translated to these questions and live events.

There are different interfaces for front- and backend implementations, which I customized for various customers.

The Geldkompas (Money Compass) gives an overview of solutions and possibilites for poverty reduction in a municipality. The concept is that all information is accessible to everyone. This has been translated into clear navigation, clear tone of voice and a "read aloud" functionality. Also included are other ways to find content like search and quick links. This way, the Geldkompas is not only useful for the ones in need, but also for professionals.

This product (Kompas) was the second iteration of an application which has been implemented in numerous municipalities to help residents with all kinds of social issues (poverty, healthcare, immigration).